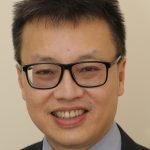 Dr Tham qualified in 1985 from Queen’s University of Belfast. He trained as a gastroenterologist and physician in the Northern Ireland training program. He completed his training as an Advanced Gastroenterology Fellow in the Brigham and Women’s Hospital, Harvard Medical School, Boston, MA, USA 1995 – 6.

He was the Head of the School of Medicine, Northern Ireland Medical and Dental Training Agency (deanery) and is currently Training Program Director for Internal Medicine. He is the Deputy Chair of the Specialist Advisory Committee for internal medicine at the Joint Royal Colleges of Physicians Training Board. 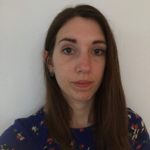 Dr Leah Gilroy has recently been appointed as a consultant gastroenterologist in the Belfast trust.  She graduated from Queens University Belfast in 2010 and completed gastroenterology training within Northern Ireland.  She has a masters degree in medical law from Northumbria University.   She has interests in Inflammatory Bowel Disease, Transition and Medicolegal work.

Dr Richard Turkington is a Clinical Senior Lecturer in Medical Oncology at the Patrick G Johnston Centre for Cancer Research, Queen’s University Belfast and an Honorary Consultant at the Northern Ireland Cancer Centre with an interest in upper gastrointestinal cancer.  His principle research interests include oesophago-gastric and pancreatic cancer and the analysis of genomic datasets for the discovery of biomarkers and mechanisms of resistance to chemotherapeutic agents. 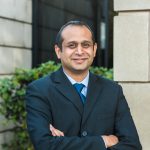 Dr Shivaram Bhat is a consultant Gastroenterologist at Craigavon Area Hospital in Northern Ireland. He graduated from Queens University Belfast medical school (2002) with subsequent postgraduate training in Northern Ireland and a clinical fellowship at the John Radcliffe Hospital in Oxford. During his postgraduate training he completed a PhD researching cancer progression in Barrett’s oesophagus. His clinical and research interests include inflammatory bowel disease and early detection of GI cancer. He is a bowel cancer screening endoscopist and is the IBD lead for the Southern Health and Social Care Trust.  Dr Bhat is a past Honorary Secretary of the Ulster Society of Gastroenterology. 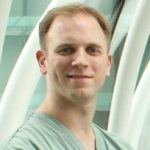 Dr Philip Hall has recently been appointed consultant gastroenterologist within the Belfast Trust.  He graduated from Queens University Belfast in 2008 and completed gastroenterology training in Northern Ireland.  He has a Masters degree in Clinical Education.

He completed an advanced therapeutic endoscopy fellowship in St Michael’s Hospital, Toronto in 2017 and has interests in upper GI therapeutics, ERCP and quality improvement. 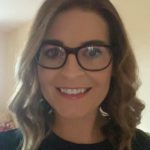 Dr Rebecca O’Kane is  a ST5 gastroenterology registrar, completing specialty training in Northern Ireland.  She graduated from Queens University Belfast in 2013.  She has an interest in hepatology and will complete an ATP fellowship in Hepatology in Birmingham and Liverpool next year. 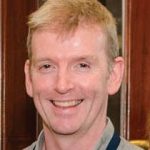 Brendan Byrne qualified as an RCN in 1991.   He has worked in Endoscopy for 25 years and has been a Nurse Endoscopist since 2001 with Bowel Screening accreditation in 2009 and currently works in the South Eastern Trust.

Members of the USGE may login below to access the full site.

Selected Abstracts from our Database

The Current Role of Staging Laparoscopy in Oesophago-gastric Cancer: A six-year review

Web Design By We Are Wibble